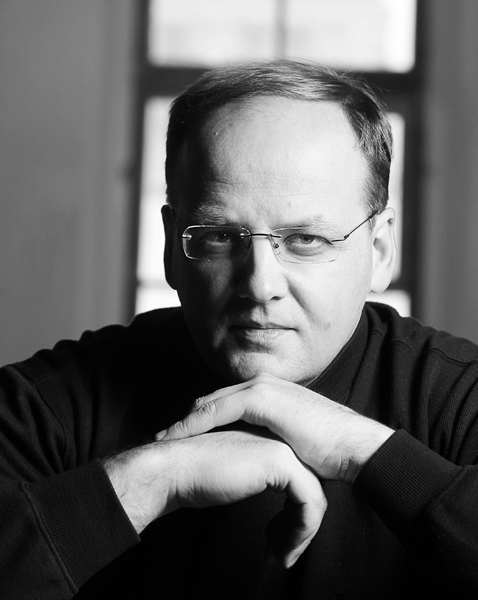 Egīls Venters, born in 1964, is a Latvian prose writer and journalist. He graduated in Latvian language and literature from the University of Latvia (1987) and initially worked as cultural journalist. His work was first published in 1990, his début collection was a book of short stories titled Melnā sērija [Black Series] in 1992, followed by a collection of novellas Melanholijas skaidrojošā vārdnīca [The Melancholy Dictionary], 2000.

Currently Venters writes mainly novels, poetically depicting urban environment and people, and his sixth novel Mainīgā intervence [The Intervening Variable] (2012), was nominated for the Annual Latvian Literature Award in 2013, and received the Dzintars Sodums Literary Prize for innovations in literature. He is a member of the Latvian Writers' Union. 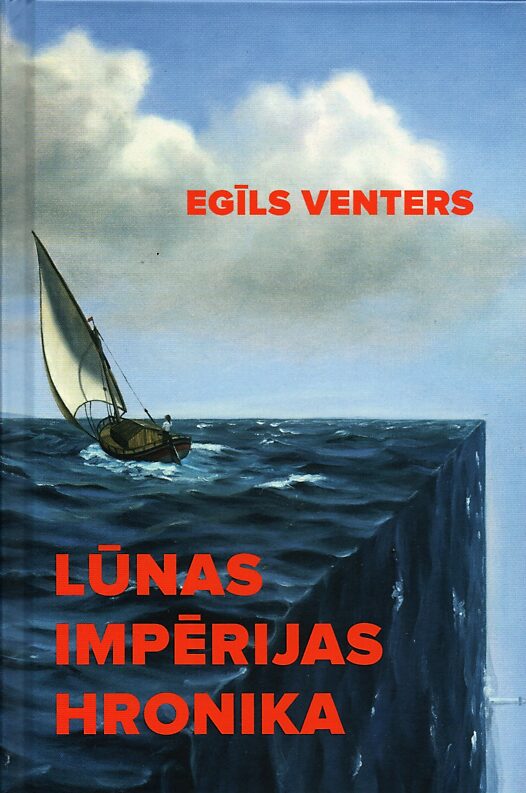 A BRIEF HISTORY OF THE LUNA EMPIRE

Amaru’s father was the island’s penultimate ruler; everything that happened during his rule was what Plato later called the “nature of the gods interfering with the nature of man” and the “inability to survive true happiness.” It was during his rule that the entertainment empire was created, which they called LUNAparks—gambling halls, strip clubs, gladiator battles, and everything else that came to the isolated island from the continent.

In his better years, his father was a thickset man with a round Moon face; the fire symbol in the middle of his forehead was like one of Luna’s craters and was the ideal source of inspiration for the court poet to write the an ode in praise of the “eternal ruler.”

It was also during his father’s rule that Zeus decided to punish the degenerate human race, even though the reason wasn’t the fall of mankind, as the eschatologists like to think. What really angered Zeus was his visit to the Amilos Province. There, unbeknownst to him, the god was served human flesh. As revenge, the ruler of Olympus turned the ruler of Amilos into a wolf—so that he himself would have to eat human flesh.

Zeus battered the Amilos palace with ferocious lightning; it seemed that would be enough for the gods, but it wasn’t certain.

The gods of Olympus met and unanimously agreed to wipe out mankind—by sending upon them a terrible storm with earthquakes and torrential rains.

After us, the deluge, was the most commonly heard phrase that summer.

In Amaru’s memory, his grandfather was a monumental gray-haired man with thick eyebrows and a bad set of dentures. He was a monument among monuments; you couldn’t throw a rock without hitting something dedicated to the great Successor, a pyramid or bust; Poseidon and Luna had more dedications, but none of them were as grand as the orichalcum pole erected in his grandfather’s time, which was engraved with words specially chosen by the court poets; they were engraved with golden words into the pole:

“Our ruler is a spirit of the earth, who appears at nightfall and shines like lightning in the broad expanse of night.”

An anonymous historian had something else to say about this era:

“The sun hid behind the clouds all summer long. There was complete silence across the land; a thick fog covered the people and fields like a sail. The air was heavy and oppressive; the people had no happiness or joy.”

This is the time of Amaru’s childhood.

Amaru’s grandfather is better described in another ancient Greek record:

“The entire world looks like a field of corpses. A red evening glow—the blood of those sentenced to death. The stars—the scattered bones of the dead. A bright moon—a skull.”

This era was known as the Great Fire or the Great Terror, but his grandfather—a sneering, bearded man with a pipe between his lips—inspired fear in everyone from Tyrrhenia in Europe to the land on the other side of the sea.

And it was he who introduced the concept of TWO WORLDS.

In reality, the ancient Greek myth about Athena’s and Poseidon’s quarrel has immortalized the memory of the Greek-Atlantean war. This myth doesn’t say anything about the reasons for the war, or that the islanders’ seaside sunsets as well as sunrises were red—but that even the Moon rose bloody.

Two-thirds of Asia’s population was killed in the name of the Luna Empire, as was three-fourths of Europe’s population. The bearded ruler also wiped out half of the island’s population, who were slow to realize that the sign of the Sun had no room in their lives.

The thousand-years-old Sun cult was reduced to rubble in less than a decade.

Once he’d finished with the islanders, his grandfather turned to Europe and Asia.

The Athenians pushed the Atlantean forces back to the sea, and forced them to retreat to the island. Since that war (which, let’s remember, the bearded ruler referred to as the TWO WORLDS WAR), no ship fared the sea between the continent and the island, except for on moonless nights.

Herodotus believes that the Atlantean lost the war (which was the real first world war) because the Athenians and Asians DIDN’T worship the Sun, and because many of their gods were similar to those of the Atlanteans.

The Luna Empire showed its weakness for the first time, and thousands of warriors returned to the island, ashamed.

Their hearts retreated into the shadows of doubt—was the Moon a false god?